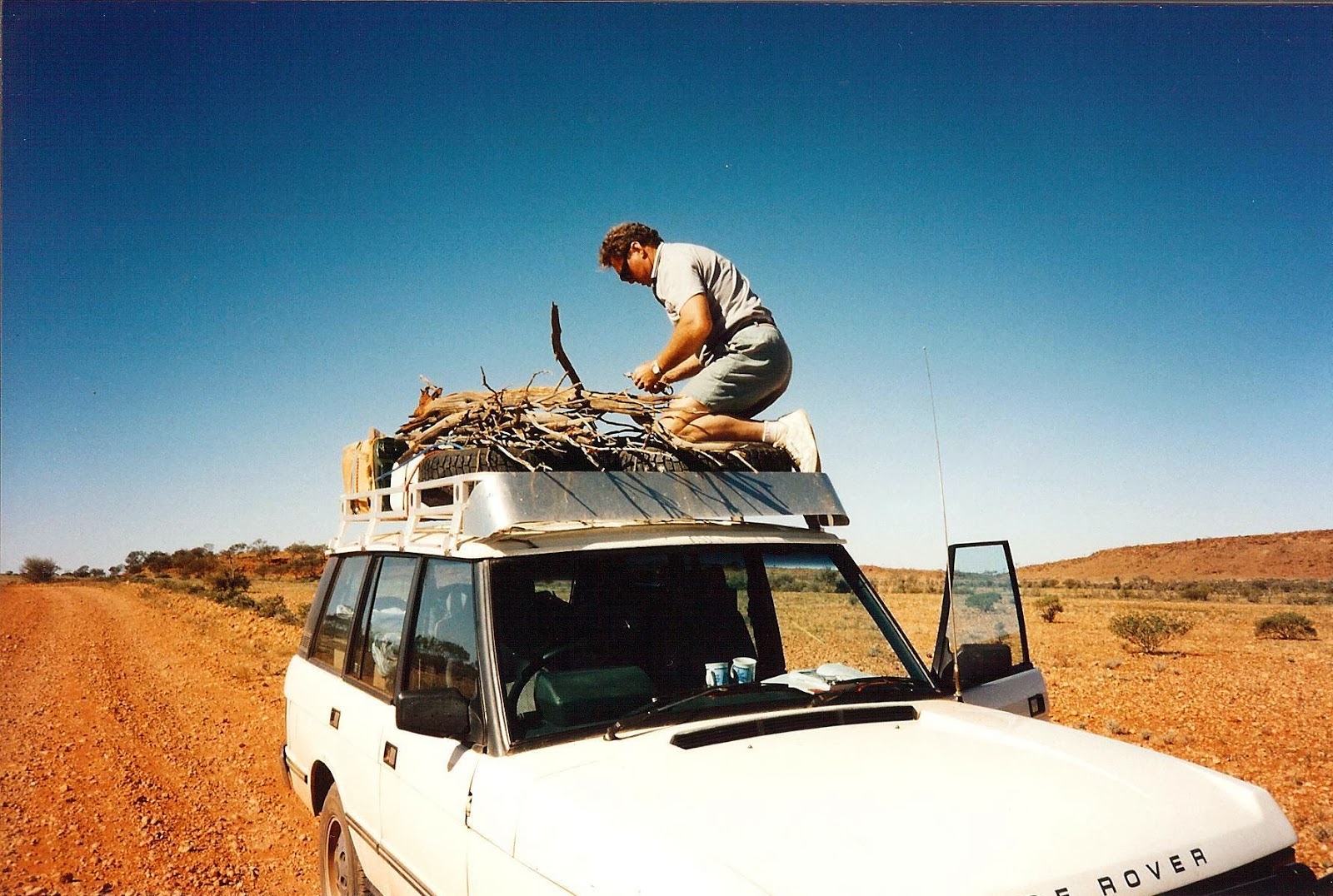 On the way to Chambers pillar camp site. Dad had to collect the firewood. It was hot but it gets AWFUL cold at night.
Not AWFUL cold like you blokes know but AWFUL cold for us.
This was taken quite a few years ago now. Dad wouldn't be able to get up on the roof of the car like that now!! The scenery hasn't changed though .... still lots of nothing .... yaaaawwwwnnnnn!! 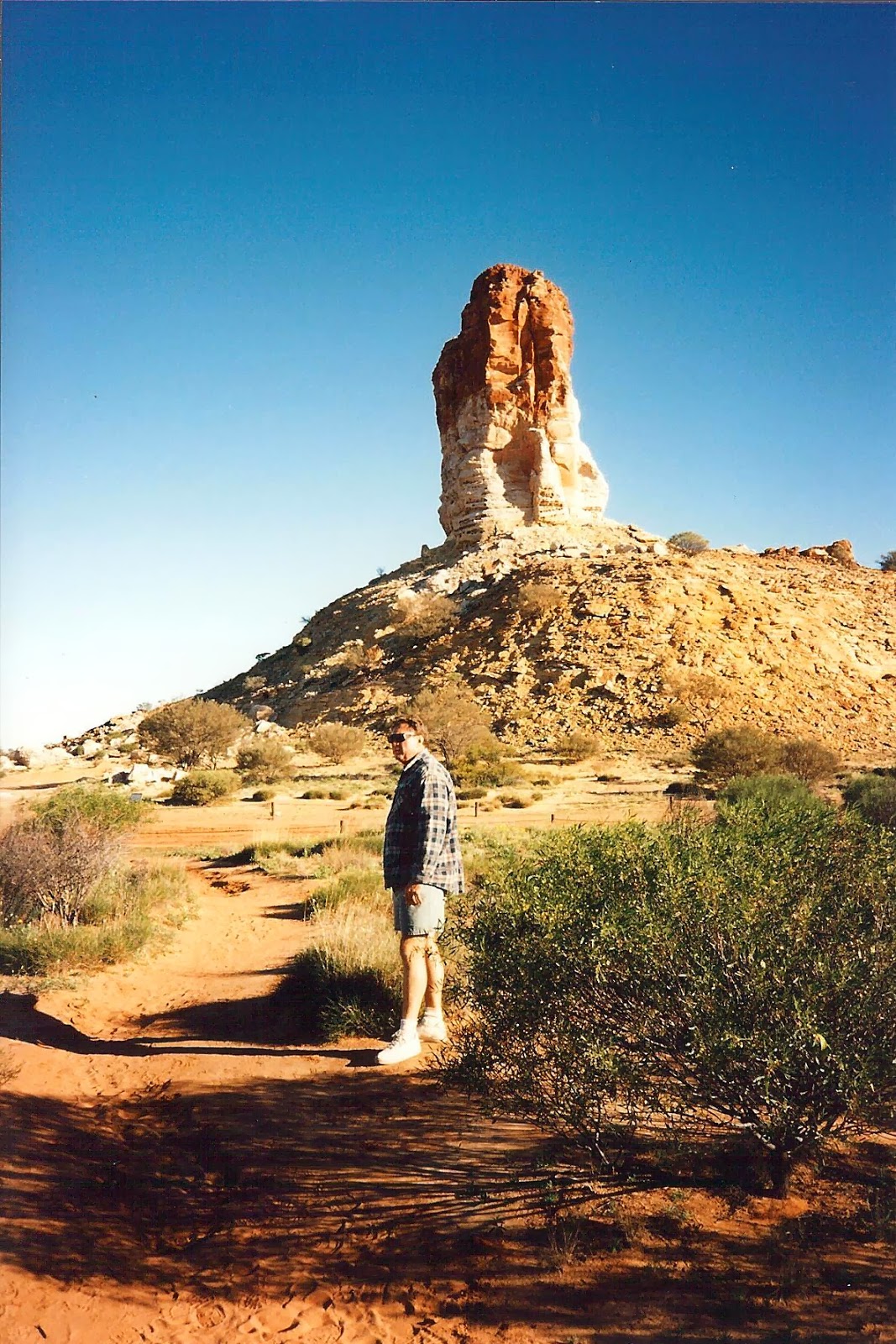 Chambers pillar .... looks a bit like your country Puffy and Coco Rose. 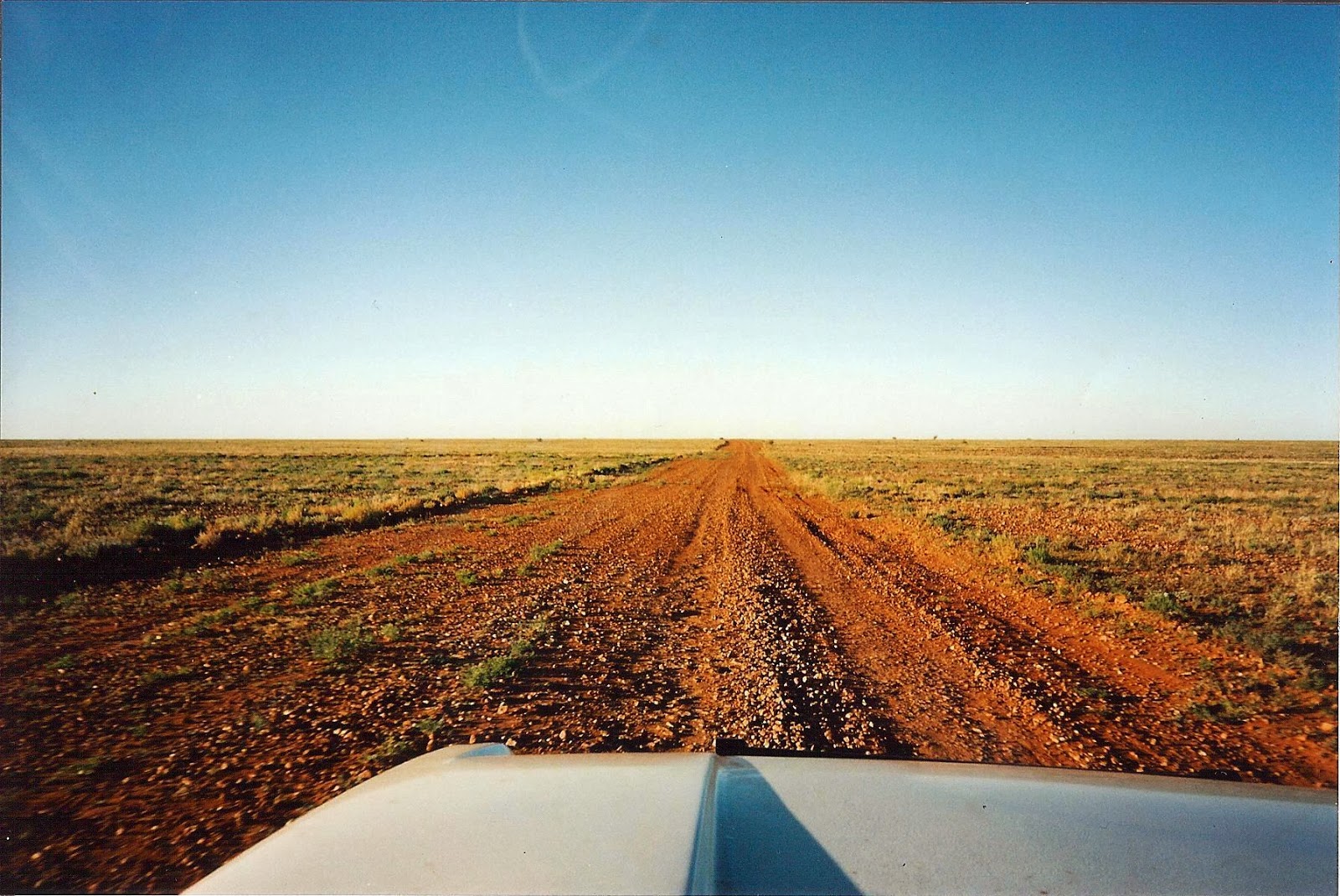 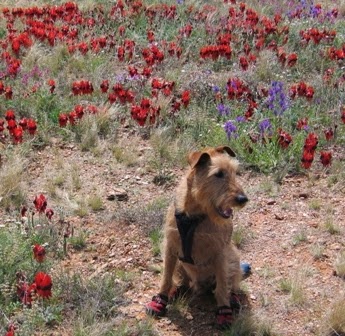 Harri at Broken Hill NSW. The desert after rain. The red wildflower is Sturt's desert pea.
Get a load of Harri in his boots. He didn't mind wearing them. What sort of freak was he???? Outback Australia has burrs .... BIG burrs. Harri would rather wear the boots than suffer the burrs. Me ... I suffer the burrs. No boots for me!! 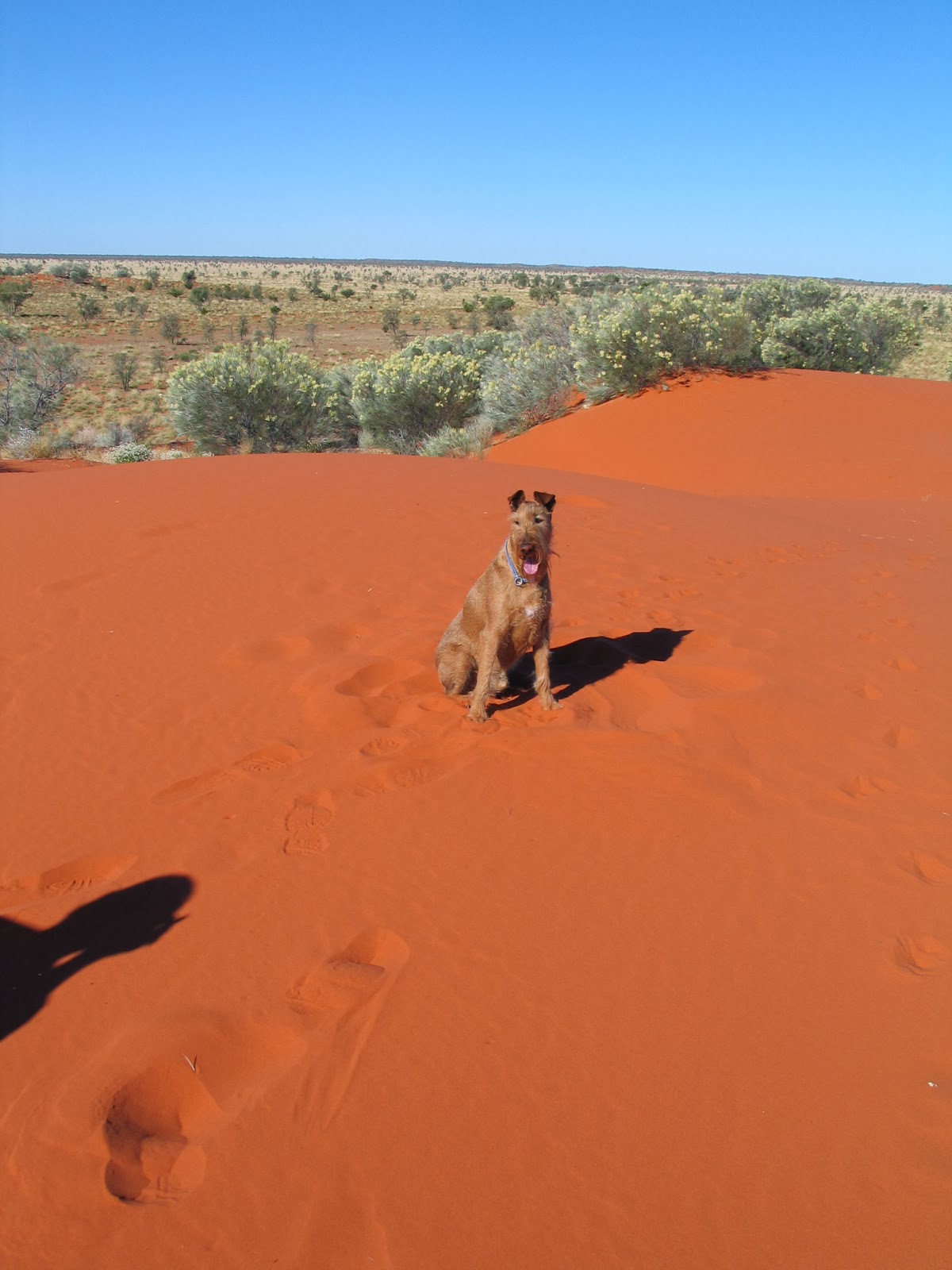 This was a giant red sand hill. It just popped up out of nowhere but then there was heaps of them. This being the first they had to climb it. It doesn't look all that big in the picture but apparently it was quite high. 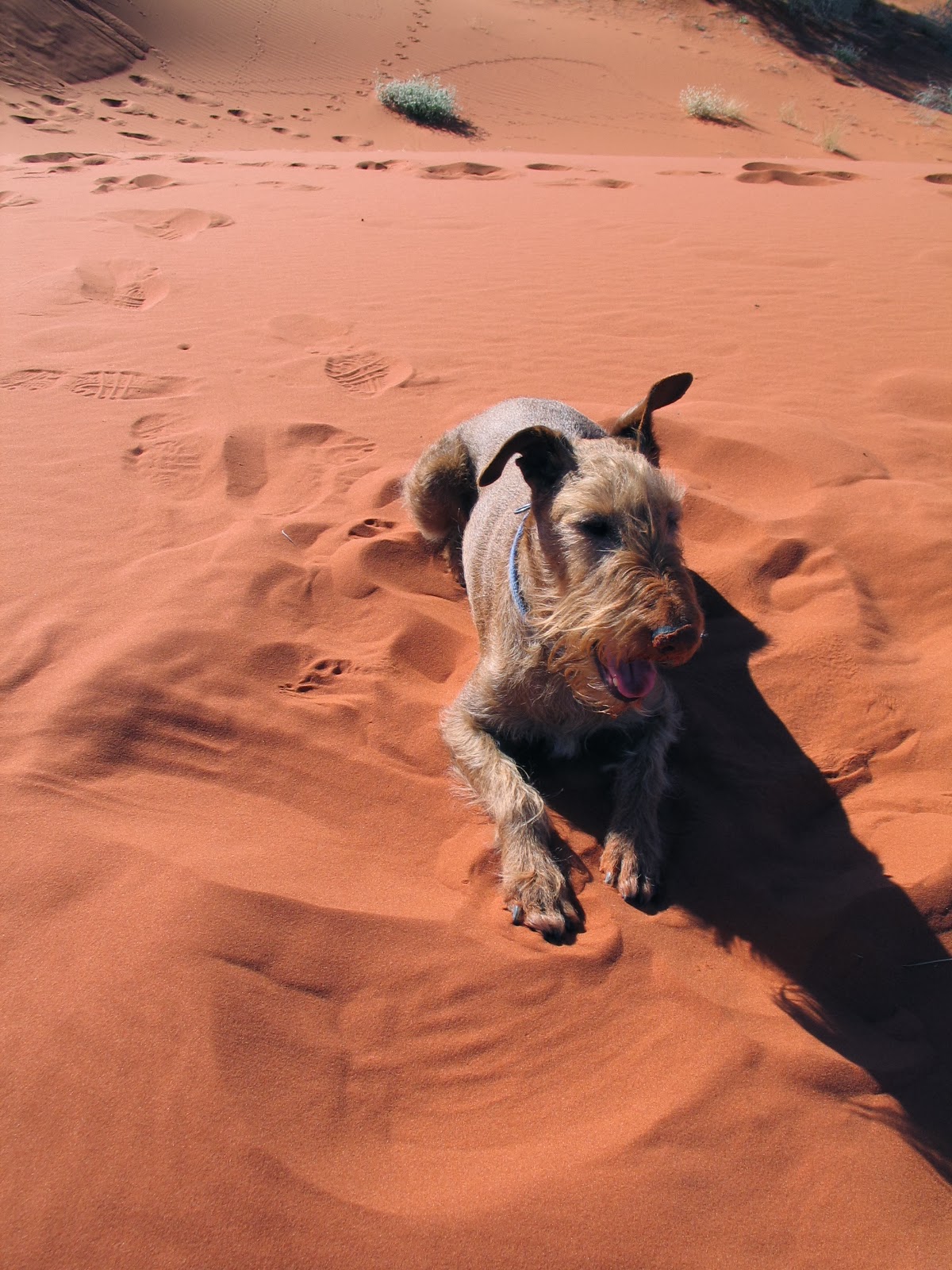 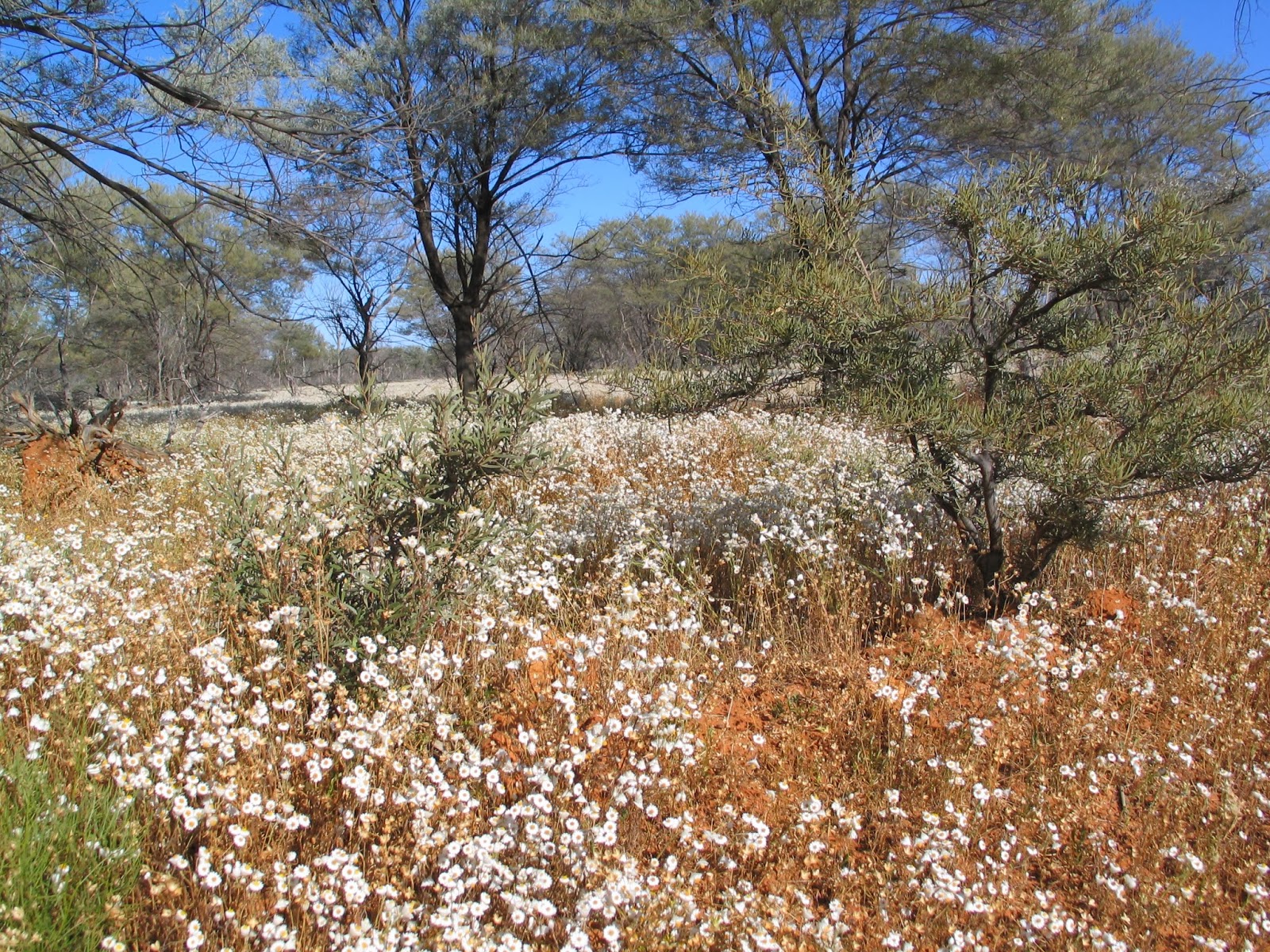 This was still desert country but for once in a zillion years they had lots of rain. 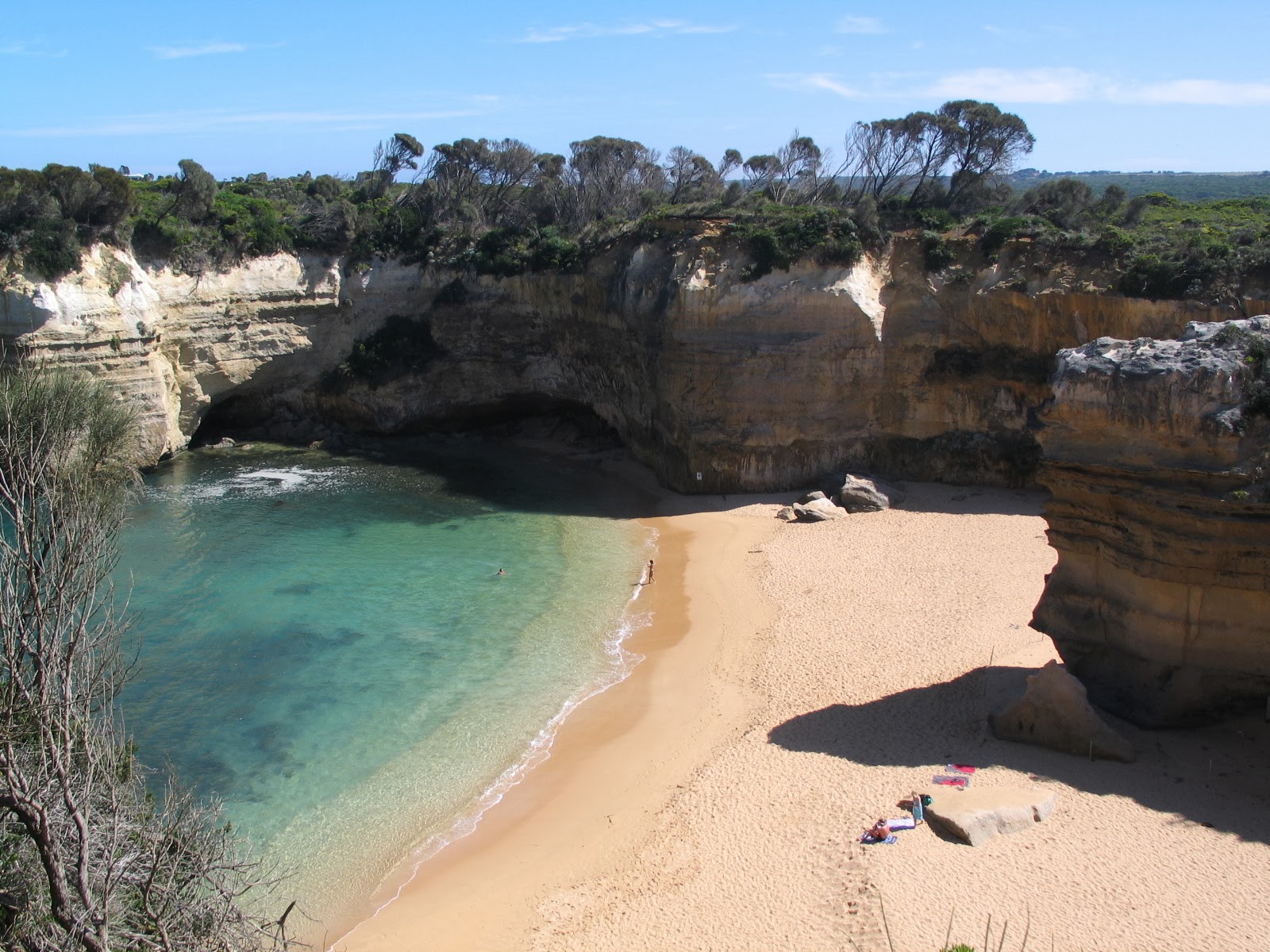 Crikey ... thank goodness .... a beach! Next travelogue will be the Great Ocean Road in Victoria. No more deserts ... Yaaaaaaayyyy!!!! Ocean, give me ocean!!