It's Fractured Fryday Hairy tails time again and even though my tail isn't very hairy  I do like to join in.  So here goes!!!!!! 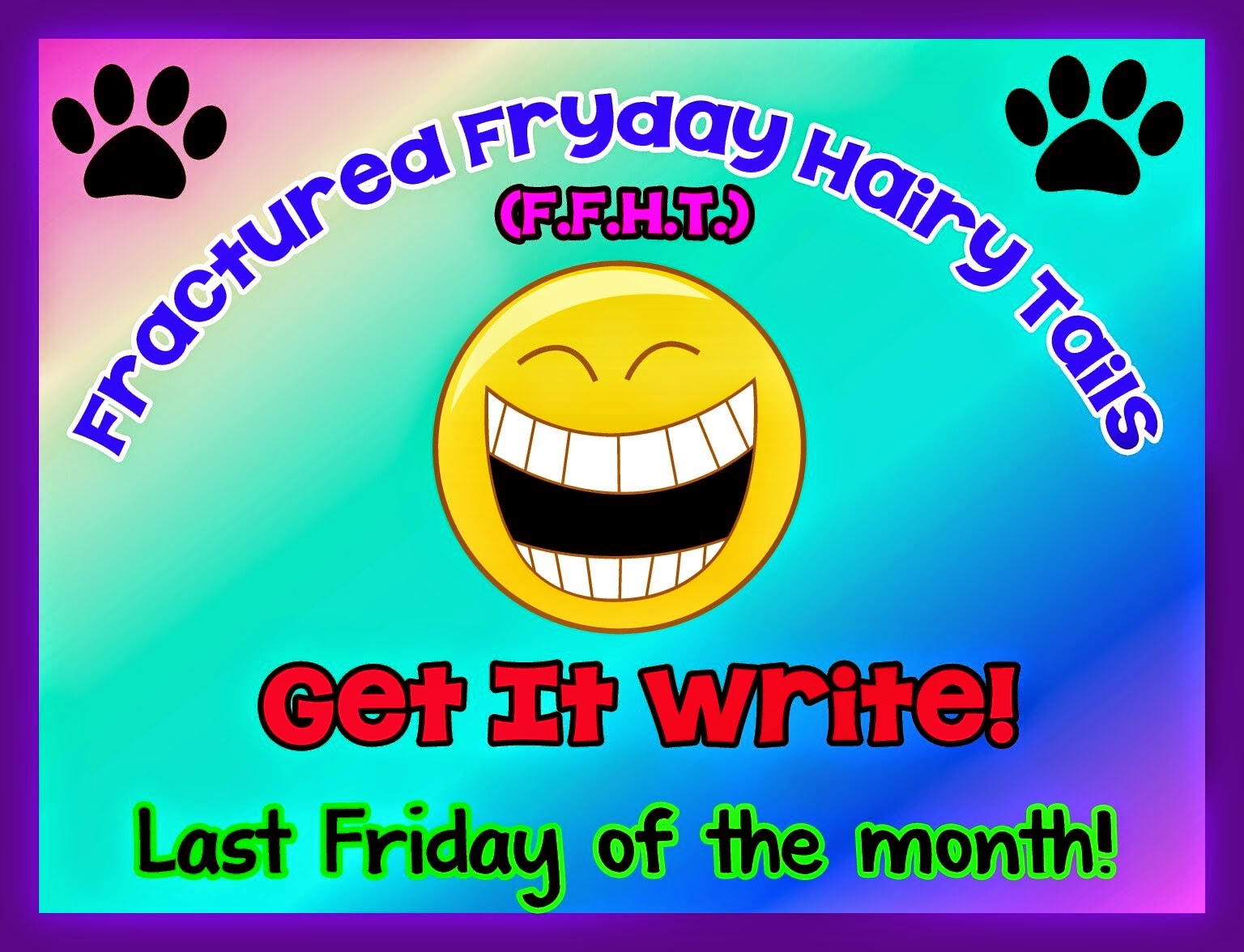 Fair dinkum ...... talk about a drongo!!  Picture this in your head if you can. It was New Year's Eve. Mum and Dad who, by the way, are as old as anyone you've EVER met, had gone to bed.  What the heck?????  It was New Year's Eve ..... my first that I could really remember.  I was just a pup for that first one.  I WASN'T going to spend my FIRST New Year's Eve in BED!!  I decided I wasn't EVER going to miss out on a New Year's Eve no matter how OLD I got.  I waited until I knew both Mum and Dad were well and truly out to it.  It's easy to tell ...... they both snore like you wouldn't believe.  Crikey ..... the things I have to put up with. THEN ...... out I went ..... through the doggy door ..... up to the fence ... over the fence ..... THEY don't know I can do that ..... it's easy really .... it's not VERY high ... THEN off to the beach!!!  I know the way ..... we go EVERY day .... twice!!  I made a New Year's Eve resolution to do this EVERY year.
What a hoot!!!  Who knew it would be like this??  The ocean was beautiful. I'd NEVER seen it at night before. Chester and the Princess's moon was shining and it's reflection was dancing on the waves.   There were peeps everywhere and some of my mates too. You know ..... the one's with YOUNG Mum's and Dad's.  Stella was there!!  She's my best beach pal.  They were having a BBQ .... ON THE BEACH!!  How good was that??  I hung with them. What a night I was having. Great company, great food ... I couldn't wait for midnight and THE FIREWORKS I had heard so much about. BUT ..... just before midnight ..... you'll NEVER guess what happened ... Mum and Dad appeared!!!!!    OMD ...  I've NEVER seen them so upset ..... not even when I got attacked by the moron drongo man's dog.  There was steam coming out their ears and all.  They said I could have been killed on the road. They said LOTS of things and they sure thanked Stella's Mum and Dad for phoning them.  I just knew I was in for it.  They dragged me up to the car and put me in the BACK .... IN MY CRATE!!!!!!  Covered it and me with a big dark blanket and left me there while they went back to the beach to bring in the new year with Stella's Mum and Dad. THEY saw the fireworks. I only heard 'em. Crikey they were loud.  I didn't like it at all.  I was scared in the dark, all by myself. I had a lot of time to think over what I'd done. I s'pose I shouldn't have gone off like that by myself. Crikey ... that was the worst New Year's Resolution that I ever made, aye??  AND it was the first.  I sure learned my lesson there. I won't be doing that again in a hurry!!  WHAT A DRONGO, AYE??????

Did you see?  DID YOU SEE?  My Enid said YES!!  She's agreed to go to the heart to heart dance with me.  Am I the happiest bloke around or what????????
But now I just wanted to say a big thanks for ALL the Australia day wishes from EVERYONE!!  I usually answer each one personally but it's getting a bit daunting so I thought I'd do it here this time instead.  So ..... thankyou, thankyou, thankyou ALL for your good wishes. They were very much appreciated.  I had a good day. It was raining and cold where we are but I still managed to get to go out to celebrate.  I thought you might like to see how the little girls got to celebrate. It wasn't raining at their house and it's NEVER cold there either.  They sent me some photos. I hope you like 'em.  Are you there Macey??????  I think YOU will really like some of them.


My other two legged sister, Megan (the little boys Mum) sent some photos too. Not many and only one of the boys got his picture taken but hey ...... it's better than no pictures at all which is what we usually get.  Megan's not too good with the picture taking and sending. As you can see pavlova's were the favoured sweet for the day, aye?? 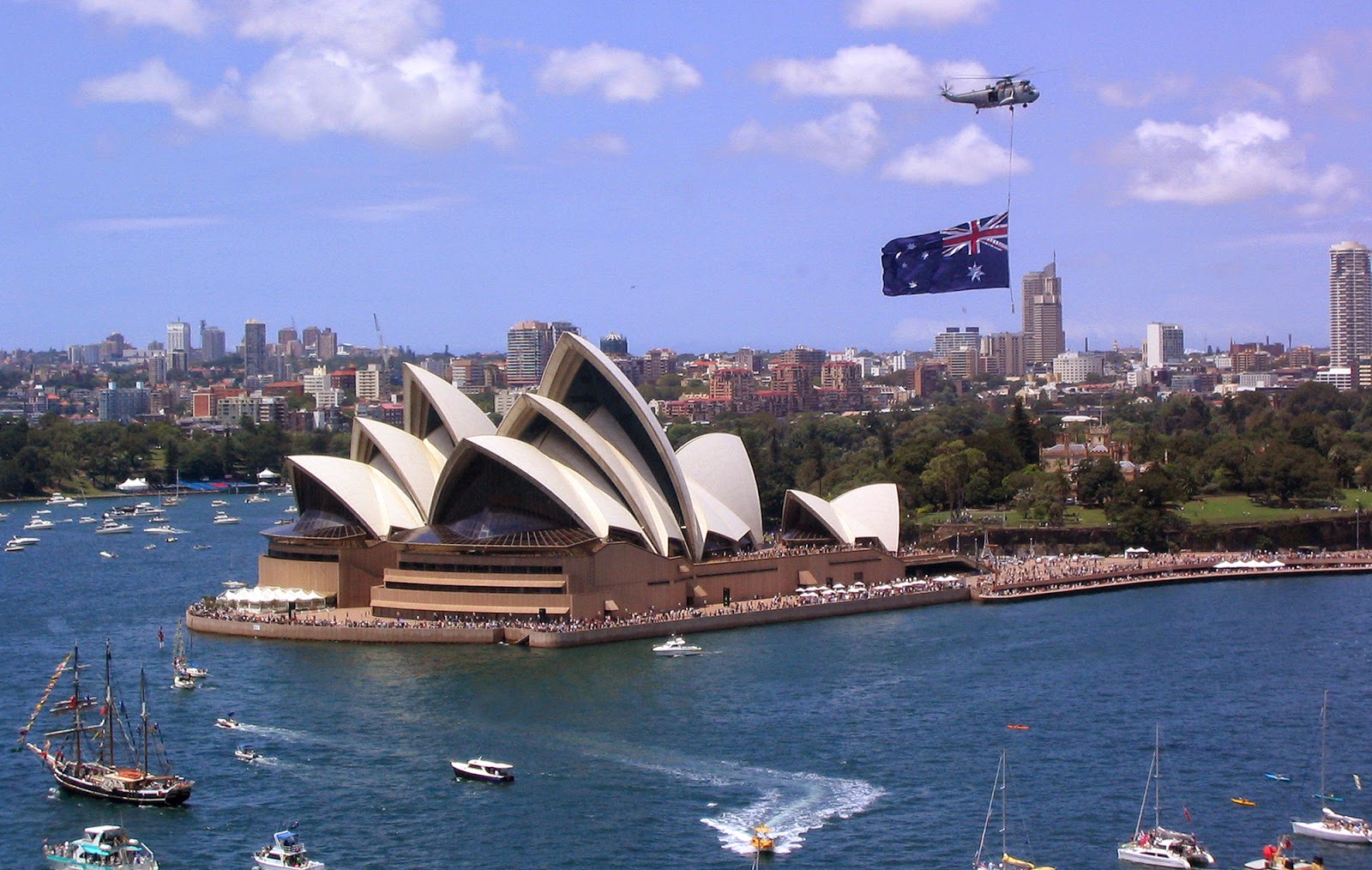 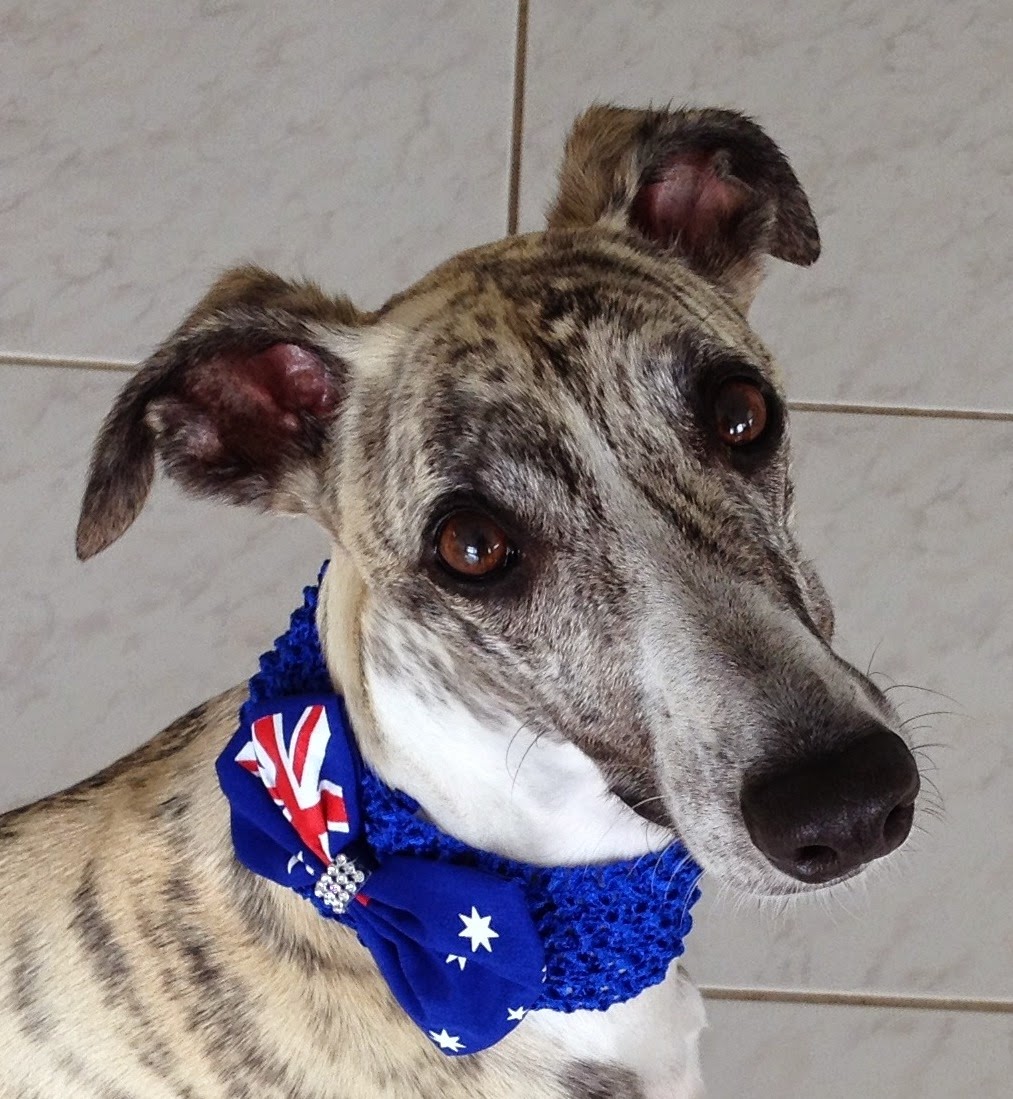 Sure hope you have a good one!!  Grab yourselves a bite of tucker on the way out, aye?? 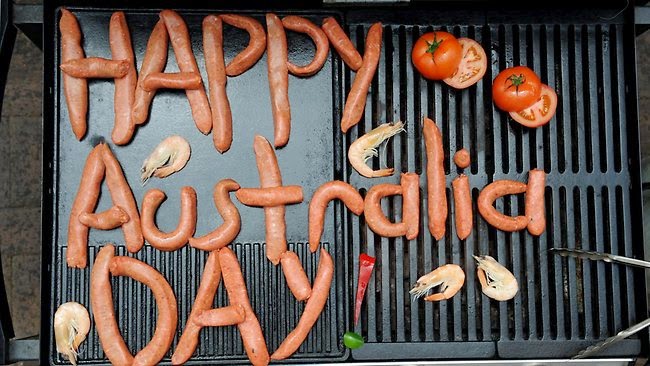 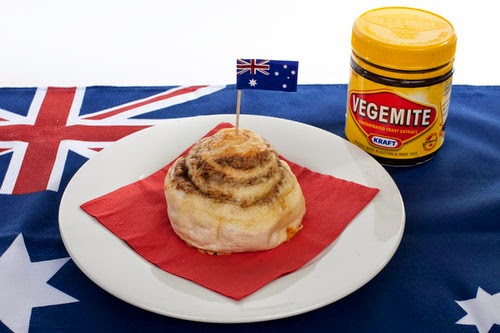 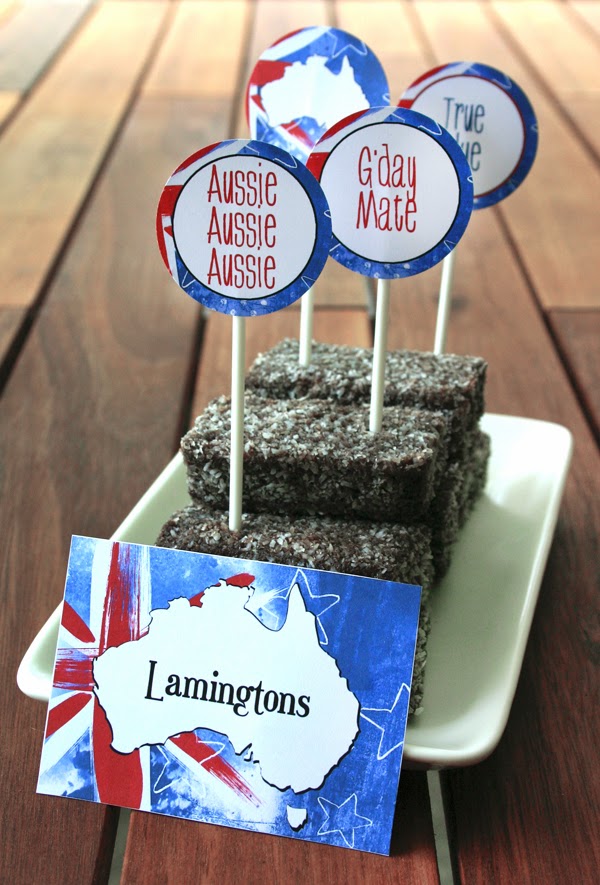 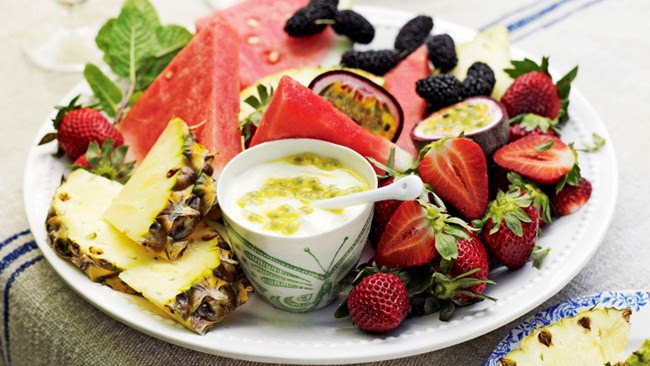 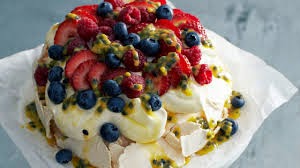 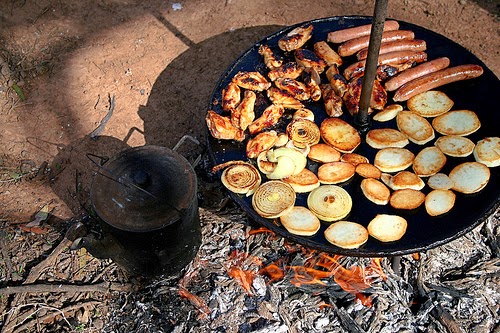 We're out celebrating.  Hope you are too.

Are you there Enid???

Crikey Enid ...... are you there????  I haven't seen you for a while. I'm on a road trip with Mum and Dad and I'm not around all that much either but I have something VERY important to ask you.  Other blokes have done all this fancy stuff to ask their sheilas but you know me, Enid ... I'm a pretty basic sort of bloke and my Secretary is even more basic than me so I'm just going to have to ask you and hope to goodness you'll say YES!!!!!!!!  You see our Mayors' Murphy and Stanley are having a bit of a do and everyone's invited and I would very much like it if you would consider being MY date for the night. It's a Valentine's day dance.  Now I haven't done much dancing, Enid, but I'm going to take some lessons.  I sure wouldn't want to step on those pretty little paws of yours. If you will agree to be my date I believe we have to submit some photos or something to Murphy and Stanley. I don't quite know what sort of photos we have to submit but I'm sure we can work something out there, aye?? We've got a bit of time to do that.  Crikey Enid ...... Will you be my date for the dance.  I just know it's going to be the best night EVER but only if YOU go with me. Please Enid ...... say YES!! 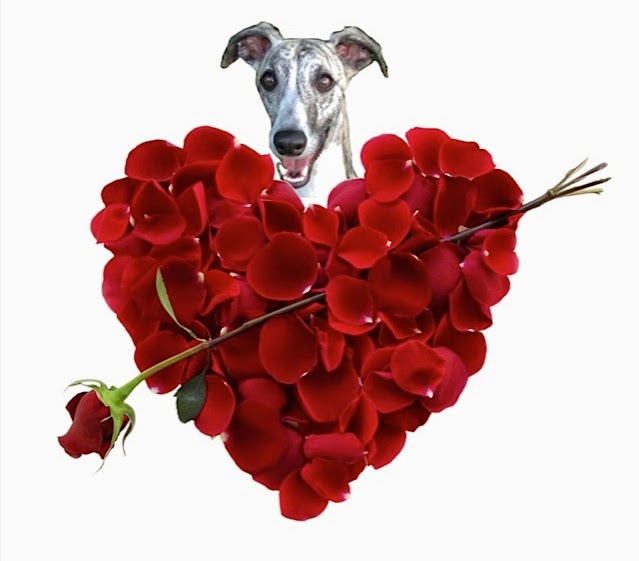 Anyone else think these blokes are in plague proportions this year or is just me????

Crikey ...... these blokes are out of control!!  I've never seen so many before. Must have been a good season last year, aye?  They're everywhere!!  Big flocks of 'em, little flocks of 'em, medium sized flocks of 'em ...... they're all over the place. I nearly got me one  the other day. They're great fun to chase but they fly away just as you get up close and personal with 'em. One was a bit slow on the uptake and I almost got a tail feather.  One of these days I'll do it.  They're awful good lookin' blokes, aye??  AND amusing to watch. They are quite the clowns. Mum LOVES 'em.  She must have a million photos of 'em but here's a few she captured just yesterday out the front of where we are staying and a few in the backyard.
So ..... what'ya reckon?????  Anyone else think they are in plague proportions this year or is it just me?? 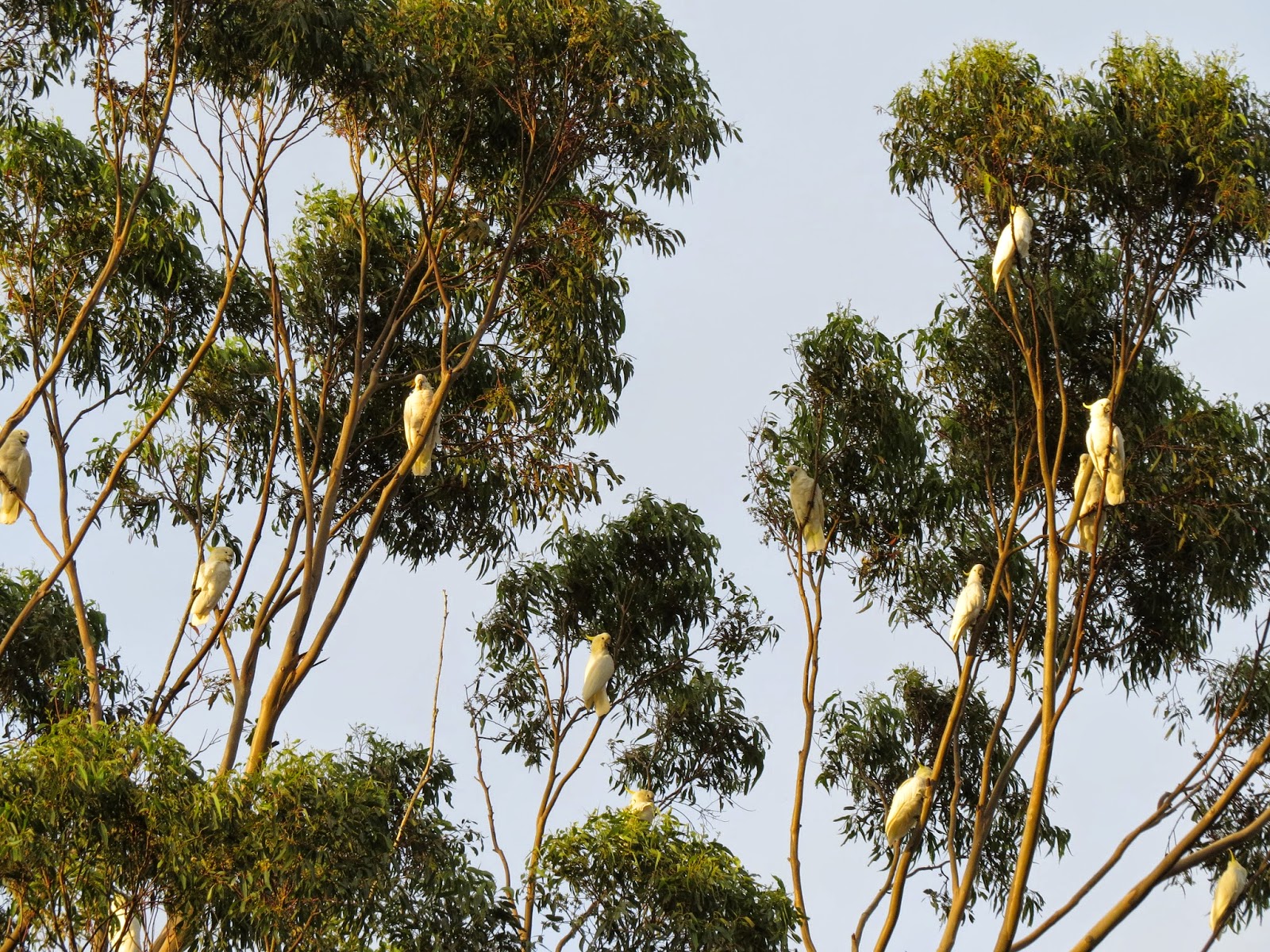 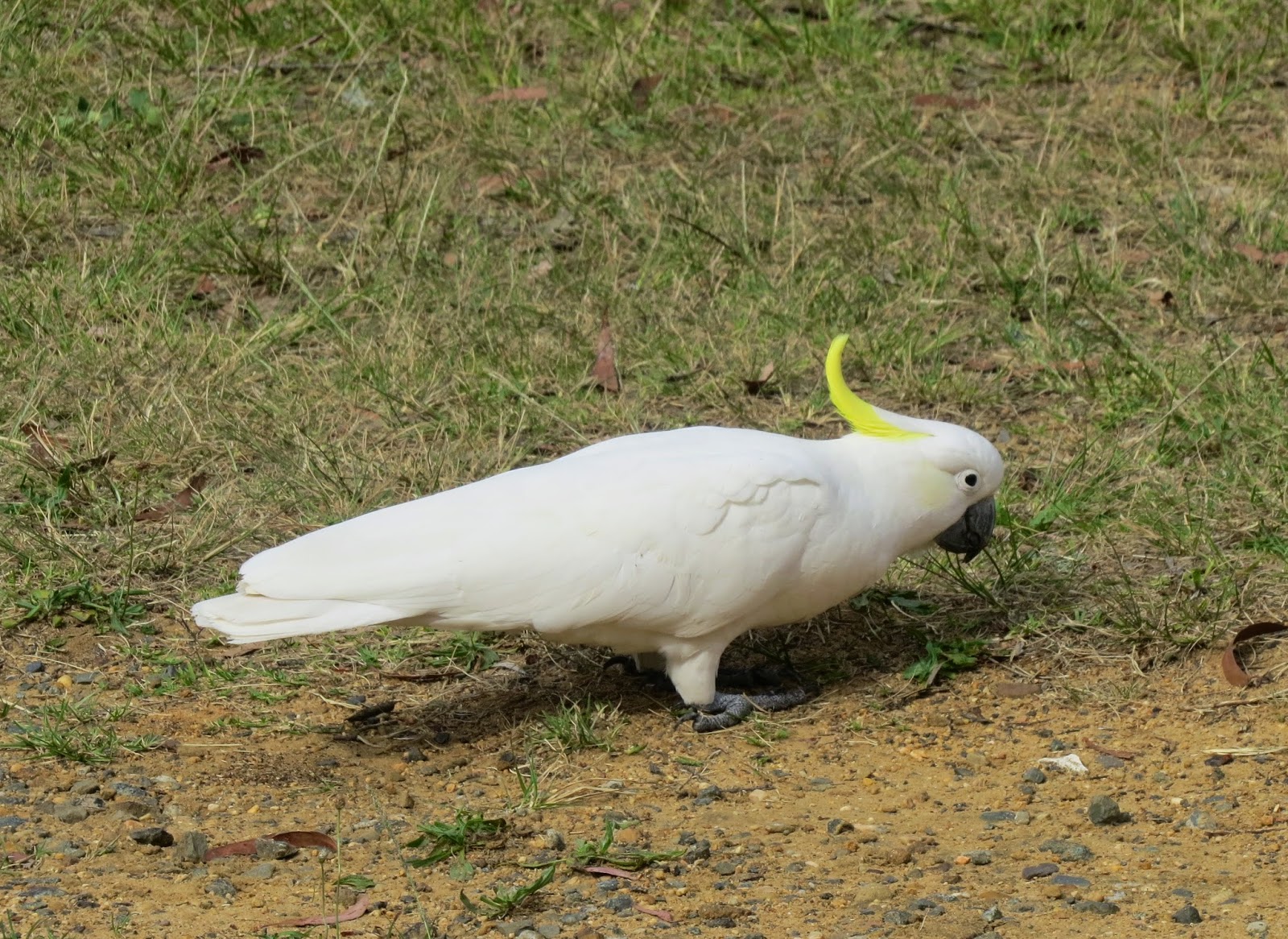 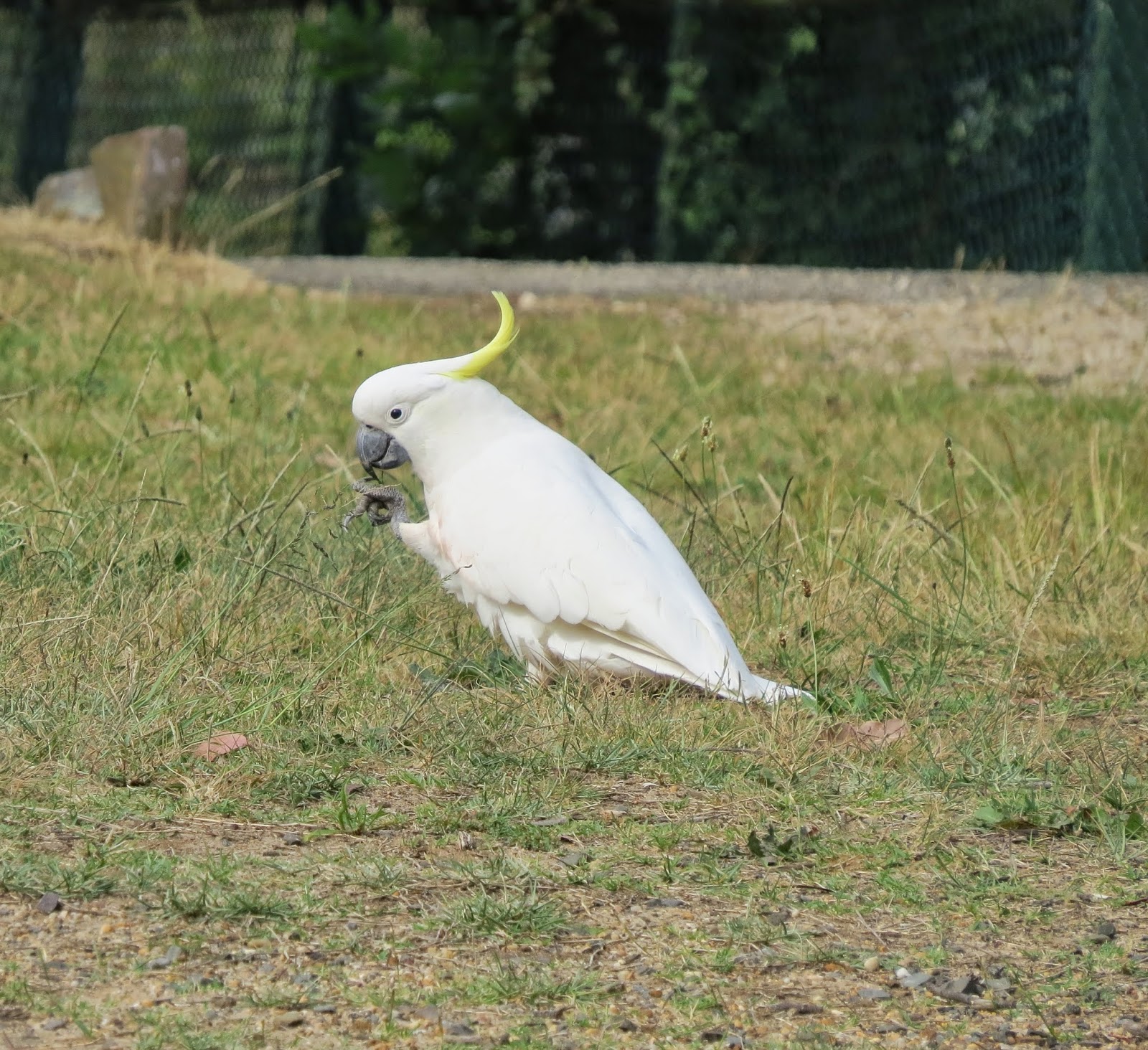 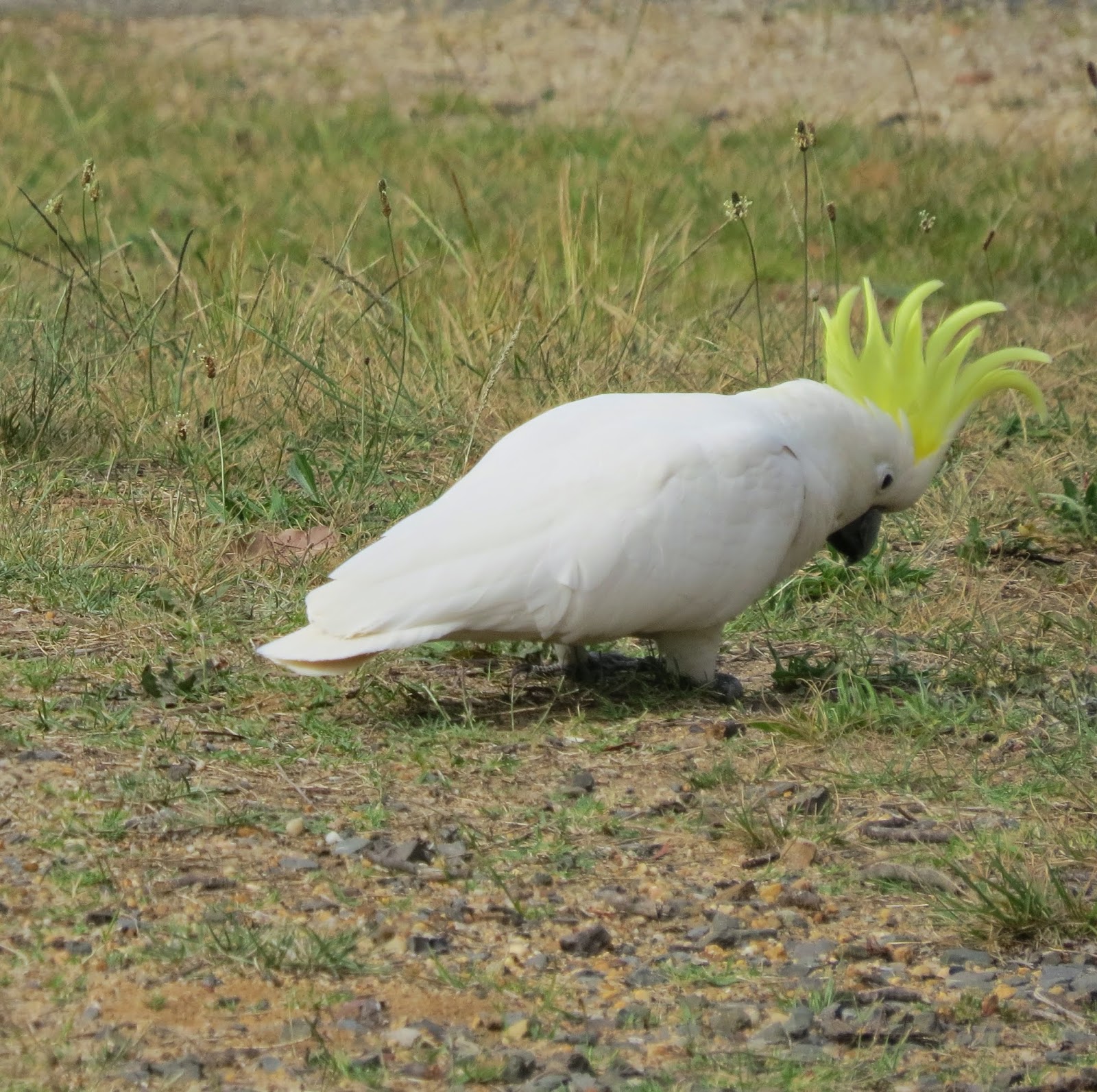 It's exhausting at the river!!

Just before we left on our road trip we spent an arvo at the river with the girls.  OMD!!!!  It was exhausting. Where do those little peeps get all their energy.

My assistant Dui has alerted me to a plague of drop bears in his area.  All Australians out there need to be super vigilant as they can be extremely dangerous. When venturing into bush land areas remember to use your best Strine and always but ALWAYS remember the vegemite behind the ears. Be very liberal with the vege.  Make sure you use plenty.
Unfortunately I am going to be missing in action for a few weeks.  Top secret duties!  However I would like to assure you all, that my very capable assistant, DUI will be looking after you in my absence.  I will be checking in with him from time to time but I am sure he will be up to the job.
Over and out ... Australian Detective, Charlie.

Charlie's Mum, Lynn here ...  We are off on a country trip and will not be around much for a short while.  We will be reading your posts when we can and commenting occassionally and will catch up again when we return.   See you then


Crikey …….. I’ve been extremely honoured to be offered the position of ‘Australian Detective” for all of Blogville and …… wait for it ……. Dui has been assigned as my Junior Officer.  Top Cop Bites is in control, of course, but Dui and I will be handling things for him downunder, here in Australia, if or when, anything comes up. I’m sure we are in for a lot of adventures.  Dui and I have been working together for a while now and he is certainly going to make a great, if somewhat unconventional,  Junior Officer.  It is sure INTERESTING working with him.  He might be little but what he lacks in size is more than made up for by his enthusiasm. He’s also TOTALLY fearless!!!  He's been seen jumpin' out of cars.  All in the name of trainin'.  You want something done …… Dui’s your man!! He does have a bit of a problem following orders but then ……. DON’T WE ALL.
We have both been issued with our badges and I have been assigned a car, hat, and gun with holster. 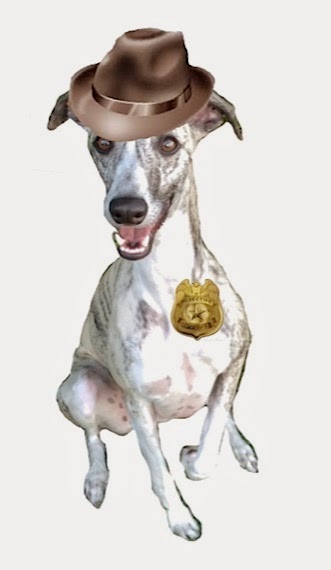 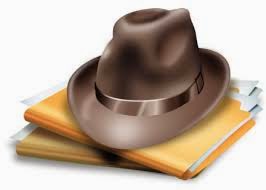 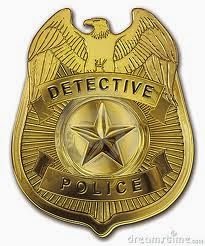 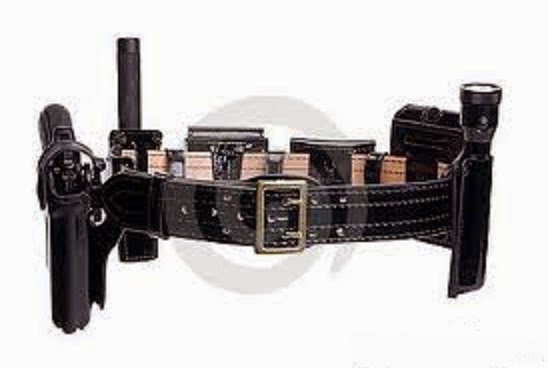 If the car breaks down we may have to use this one but I hope that won't be necessary, aye?? 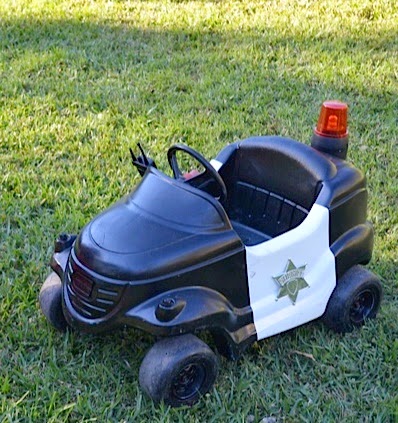 You can see Dui and I beside our car here. The gun is fully loaded with poopie bullets and if and when we apprehend any criminals, we will be arresting them, bundling them up and sending them upover where they will be taken care of at the Blogville criminal court, which you all know, is run by Frankie and Ernie.
Now if you think Dui and I are just sitting around waiting for things to happen you are mistaken. We are in training. It’s better to be prepared than sorry, aye??  You never know what we may have to deal with in the coming 12 months.
We are also here to offer assistance to any of our fellow Australians who may need it. If any one of you out there needs our help, in any way, just give a loud cooee and we’ll come a runnin’!!!!!! We are here to serve.
CRIKEY …… WE ARE SO HONOURED!!

What a team we will make, aye .... Australian Detective, Charlie and my assistant Dui.

Posted by Charliedownunder at 03:43 59 comments: