Fair dinkum ..... I'm exhausted!!  Miss Izzi came for a sleepover. Dad was away doing something important. He calls it work so Mum decided she needed some company and Miss Izzi ALWAYS needs some one on one attention so she ended up being that company.  Now I love Izzi but ... crikey ..... she's tiring.  What's with kids???  Don't they EVER need sleep?  I thought I was pretty active but she makes me look like a sloth.  By 7.30 even Mum was ready for a BIG, fat, rest and Miss Izzi was told it was bedtime.  Well ..... I'm here to tell you she didn't like that ..... not even a little bit!!!  From 7.30 until 9pm and the threat of being put in the car and taken home she hopped out of bed at least twenty hundred times.  She was thirsty, she was hungry, she wasn't tired, she wanted this, she wanted that ..... fair dinkum ..... it was madness!!  Funny how they don't want their dinner but put 'em to bed and they are starving, aye??  Then she was up at 6am and ready for another big day.  Struth ..... even I wanted a sleep in but no such luck. By the time her Mum and Dad picked her up later that afternoon it was non stop action. Mum and I fell in a heap on the bed and had a much deserved rest. 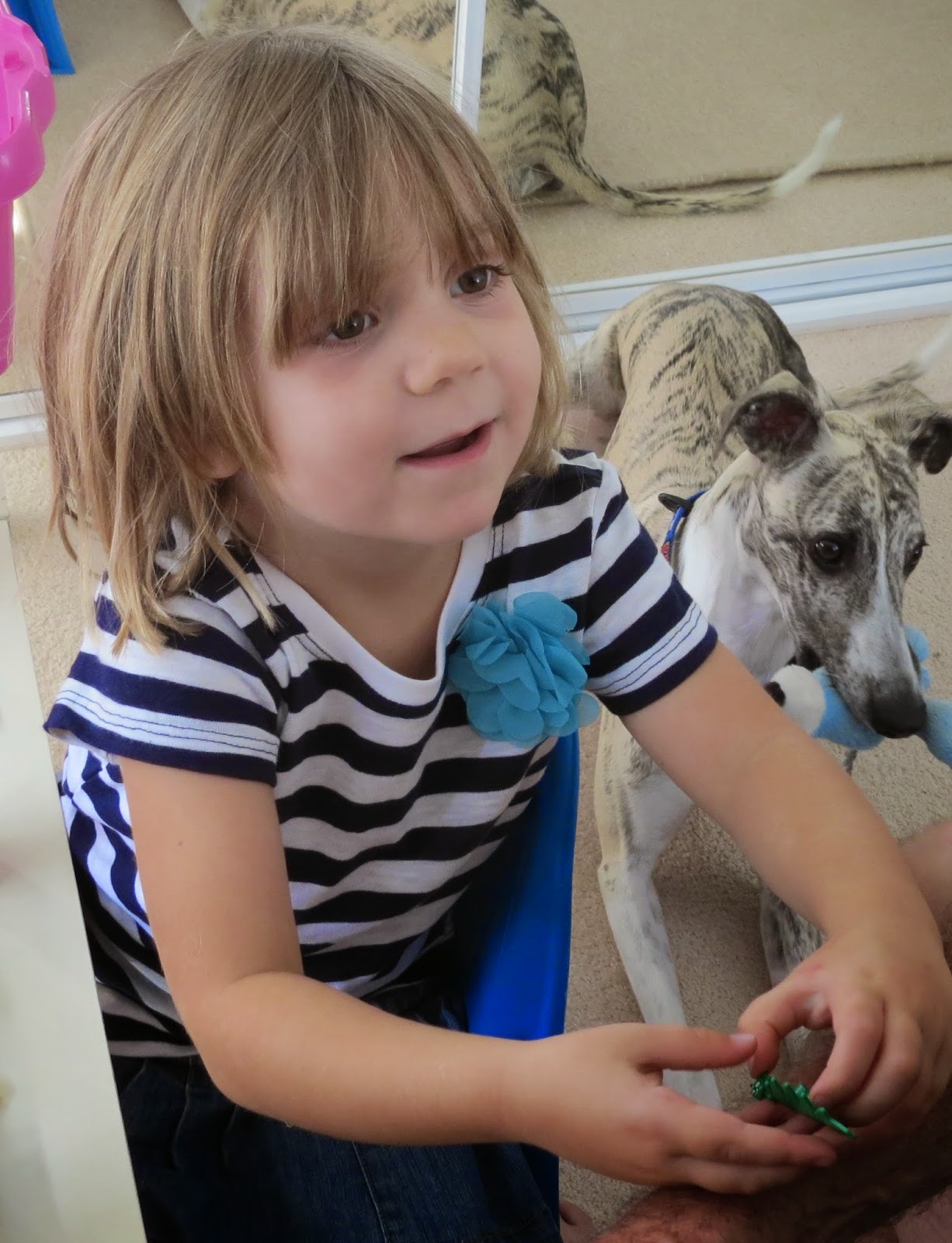 We did have one little mishap!!  Whilst Mum was trying to get some much needed washing done Izzi managed to put the above bangle thingie onto her leg, ABOVE THE KNEE and couldn't get if off!! She did go to Mum and poor Mum nearly had a conniption. Izzi was crying and saying to Mum, don't cut my leg off.... don't cut my leg off" and wouldn't let her get too close. Mum grabbed a couple of marshmallows (for bribery) she had lying around and threw Izzi into the bath, fully clothed, and lathered her leg up with dishwashing detergent and proceeded to try and get the bangle off.  It took a bit of moving and a lot of screaming from Izzi but it finally budged and an awful lot of marshmallows ended up being consumed before she calmed down. Only wished Mum had thought to take a picture before she took it off, aye??

Posted by Charliedownunder at 21:48